Grey Tower Caravan Park is located beside the sea at Pevensey Bay and boasts an old Martello Tower at its centre.

With only 73 static caravan pitches, 10 seasonal tourer pitches, and no club, the Park is very popular with people looking for quiet enjoyment of their seaside holiday homes for a very reasonable annual rent.

Pevensey is a small historic town with an ancient castle, 5 miles from Eastbourne and Beachy Head. The park is also close to lovely East Sussex countryside and the start of the South Downs Way.

We also offer tourer and motorhome storage, bicycle storage, a few boat berths on the beach, and a beach hut.

The Park Manager lives on site all year, to assist you in the summer and look after your holiday home in the winter. Well behaved dogs are permitted.

We sell new and used static caravans which can be used for holidays between 1st March and 31st October, and the 2022 annual rent starts from £2,718.

* The price shown is the cost of the caravan. For more information on the costs involved in buying a new or used caravan please see our Frequently Asked Questions page.

We have ten seasonal pitches with electric hookups available for motorhomes or tourers. The season runs from 1st March to 31st October.

Seasonal fees are payable in advance. VAT is included in price.  Dogs are allowed if properly controlled on a lead at all times.

It is the caravan owner’s responsibility to arrange insurance cover at all times. Proof of insurance must be provided when leaving vans for seasonal use.

We offer summer and winter storage for motorhomes and tourers.

We have one storage space becoming available on 22/05/22. Contact us to reserve it.

We have a few berths available on the beach for small boats, which can be rented by caravan owners for £156 per season.

We have one beach hut on the sea front which is available to hire for the season from 1st March to 31st October for £1,996 (including VAT, electricity and water). This is a new unit, with a kitchen, toilet, running water and electricity and french doors opening directly on to the beach. More information is available here

Grey Tower is located on the beach at Pevensey Bay, in East Sussex.

Grey Tower caravan park is located on the coast between Eastbourne and Hastings, and there is lots to do in the area.

Show Things To Do

Towns – Pevensey is a small historic town with Roman origins and an ancient castle. Eastbourne is a Victorian seaside resort with a functioning pier.

Eating & Drinking – There are restaurants at Sovereign Harbour and Eastbourne.

Activities – Eastbourne is the gateway to the South Downs National Park which contains 3,300km of footpaths and bridleways. The Seven Sisters Country Park has 280 hectares of chalk cliffs and open chalk grassland and offers walking and cycling, as well as canoeing and paddle boarding in the meandering river valley. You can play golf at Bay View (adjacent to the park), and Lottbridge. Horse riding at the Polegate Equestrian Centre and the Meadows Equestrian Centre. Swimming on the beach at the park. Indoor swimming at the Sovereign Centre. Sea fishing on the beach at the park. Go-Carting at Filching Manor.

The caravan has hardly been used and is in mint condition. It is sited on a nice pitch on the edge of the park, next to the golf course.

Due to the difficulty of moving it off its pitch, this caravan is being sold on its current pitch.

Due to the high demand for holiday caravans in the UK, we are currently running low on stock of new and used caravans on some of our parks. But don’t worry… we have more caravans on the way!

Here are the timescales of when we expect to have more caravans available at each park:

New Caravans – We have four new caravans on order for 2022. A Swift Ardennes should be arriving approx 1st June. The others will be coming later in the season. Contact us for more details.

Secondhand Caravans – We currently have a good selection of secondhand caravans for sale.

New Caravans – We have ten new caravans on order which includes a selection of one and two bedroom Arronbrook Clippers and a few Delta Bromleys. As the caravan manufacturers are still being disrupted by the knock on effects of the covid shutdowns, these caravans will now be delivered later than expected. Please contact us to go on the waiting list to be notified when they have arrived.

Secondhand Caravans – We will probably not get any more secondhand caravans until Oct/Nov 2022.

Grey Tower is currently full, and few people are leaving, so we don’t have many caravans come up for sale. Old secondhand caravans will probably be moved to our other parks, to make space for new caravan sales. Please contact us to go on the waiting list for a new caravan.

Itchenor is approaching fullness, but we still have a few pitches available.

New Caravans – We currently have three new caravans on order for the 2022 season – a Pemberton Marlow, Pemberton Avon and Swift Bordeaux – which will probably not arrive until late in the summer due to manufacturer delays. We will post them on our web site when they are on site and ready for sale.

New Caravans – We have a Victory Baywood for sale on the park, and two more new caravans on order for the 2022 season. Contact us for details.

Secondhand Caravans – We have now sold out of secondhand caravans and will probably not get any more until the end of the season in Oct/Nov.

Tollerton is currently full, but we are in the process of building more pitches.

New Caravans – We have three new caravans on order for the 2022 season – an Atlas Chorus, Delta Sienna, and Swift Ardennes – that will now be delivered later than expected, due to manufacturer delays. Please contact us to go on the waiting list for a new caravan.

Secondhand Caravans – As Tollerton is a small and relatively new park, we do not have many secondhand caravans come up at the end of the season. This year we may get 1 or 2. Alternatively you should keep an eye on our Thirkleby Hall park, as we usually get a bigger selection. 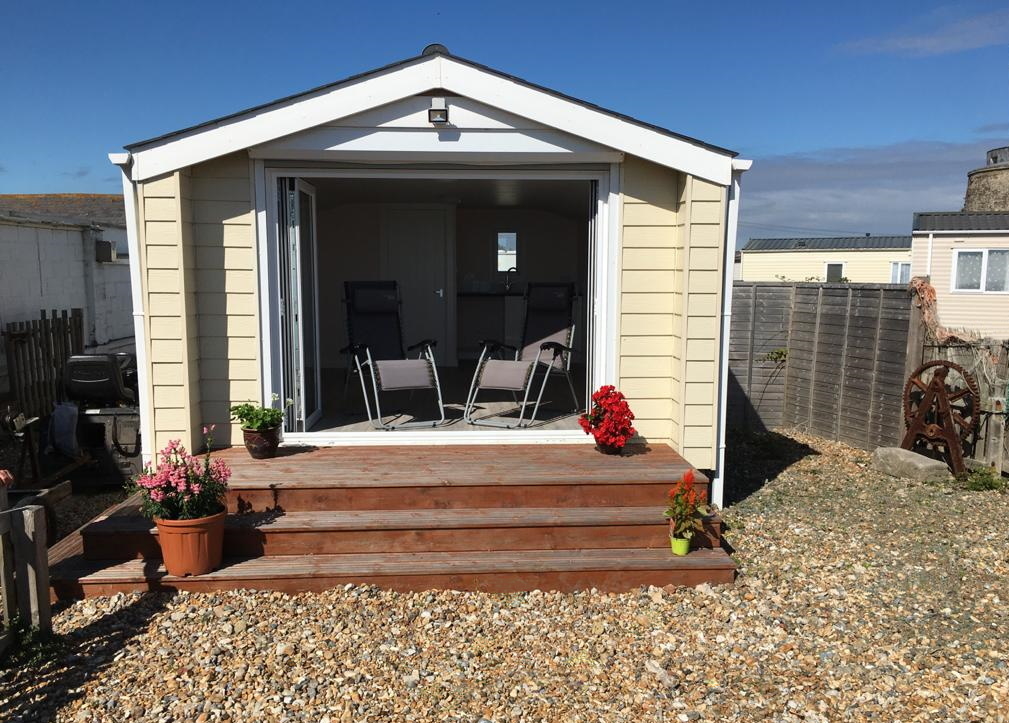 The Grey Tower beach hut is located on the beach at Pevensey Bay, with unimpeded sea views. You couldn’t really be any closer the sea without getting wet! 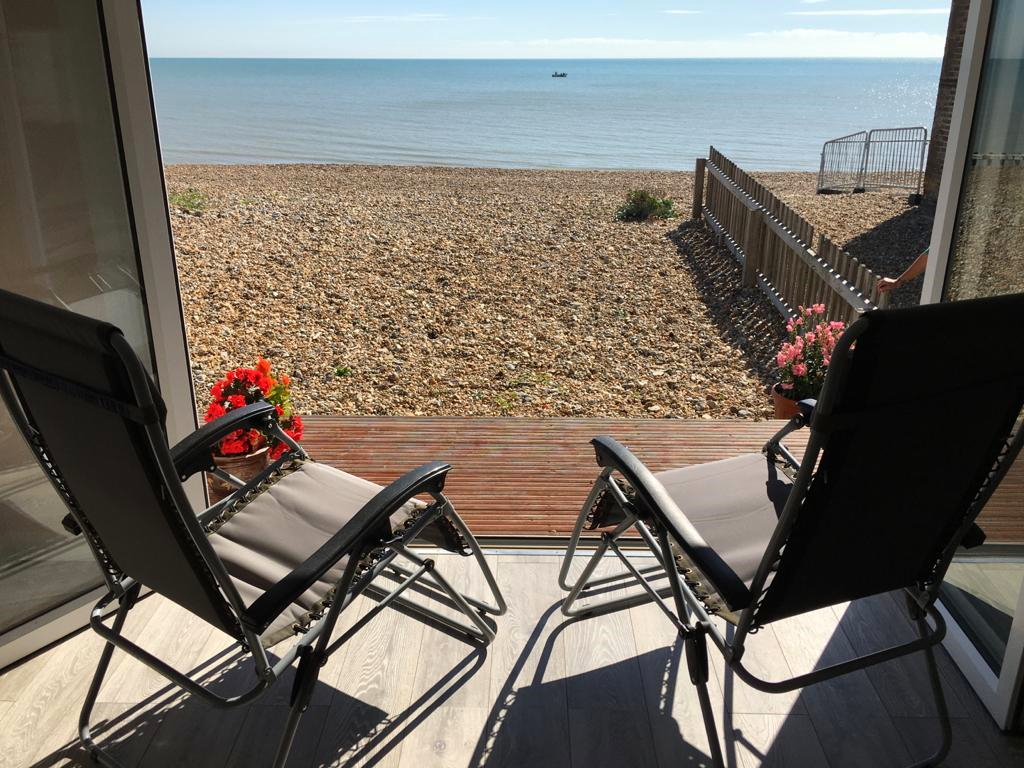 The beach hut was built for us by a caravan manufacturer. It was new in 2020, and is probably the fanciest beach hut you will ever see. It has electricity and running water, a modern flushing toilet, and a small kitchen area with a sink and space for a fridge. 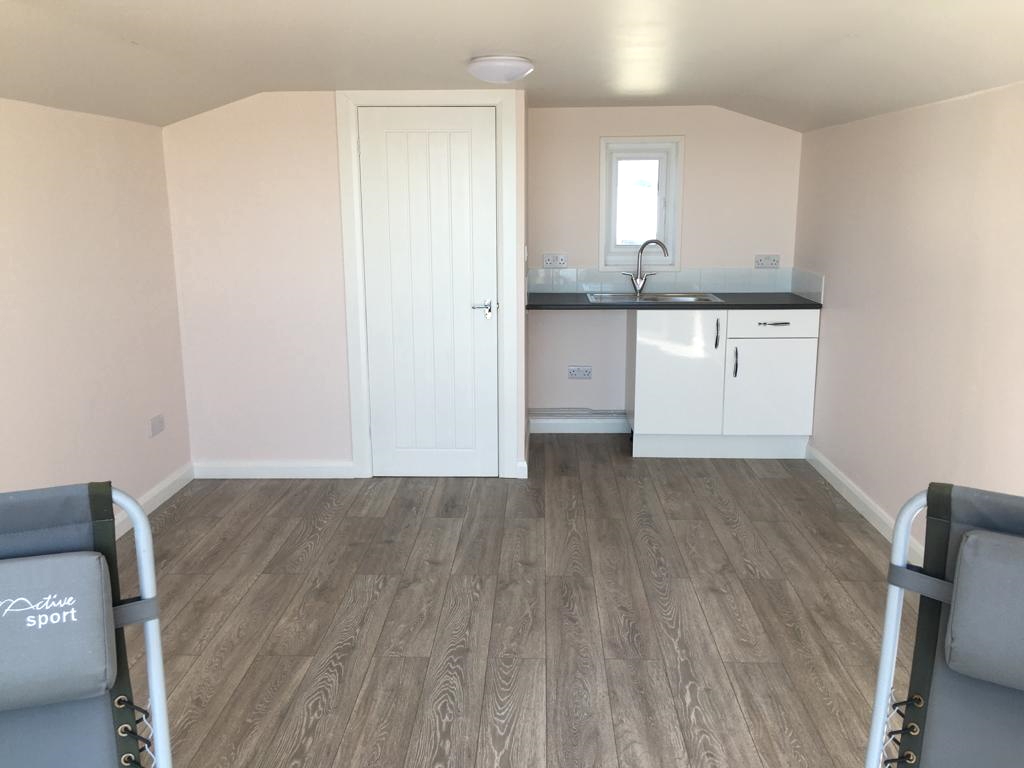 The beach hut can hired for the season from 1st March to 31st October.

The beach hut is currently booked for the 2022 season. Please contact us to ask to go on the waiting list for 2023.

Please note that it cannot be sublet and overnight sleeping is not permitted.